He stared out at his victim.  The female was crying and yelping in disbelief, clutching her bleeding ankle while hopping around on one foot.
He was sick of them, sick of them all.  Every morning they came running by, pounding and panting, disturbing his morning meal.  It seemed they came earlier each day - even the dawn was no longer his own!  And the smell!  The sweaty, sickly sweet smell as they ran by, perspiration flinging off their brow and dripping down their legs!

The ones in groups enraged him the most, talking and laughing in that deafening way of theirs.  He couldn't stand it.  He'd tried attacking the groups with a quick streak in front, hoping to trip them up, but all that got him was high pitched chirps and endearments, pointing fingers and giggles.  Disgusting.

He finally determined the best attack was to assault the lone runners. They never saw it coming.  A sudden blur of grey, leap and attach, teeth piercing the yielding flesh, all four paws wrapped around the ankle like a burr.  He'd hang on and bite while they hopped and screamed and tried to shake him off.  And when they invariably did, he'd retreat to the tall grass and watch while they stared at the blood in disbelief.  Then he'd attack again!  Side assault, back assault, full frontal assault!  He came at them from every direction until they ran screaming from his territory.

The taste of blood was beginning to grow on him.  He had a talent for this.

They would come and they would disturb his peace, and though one small rabbit might not be enough to stop them, he knew one thing for sure.  As long as they were running, he'd be there - waiting for them. 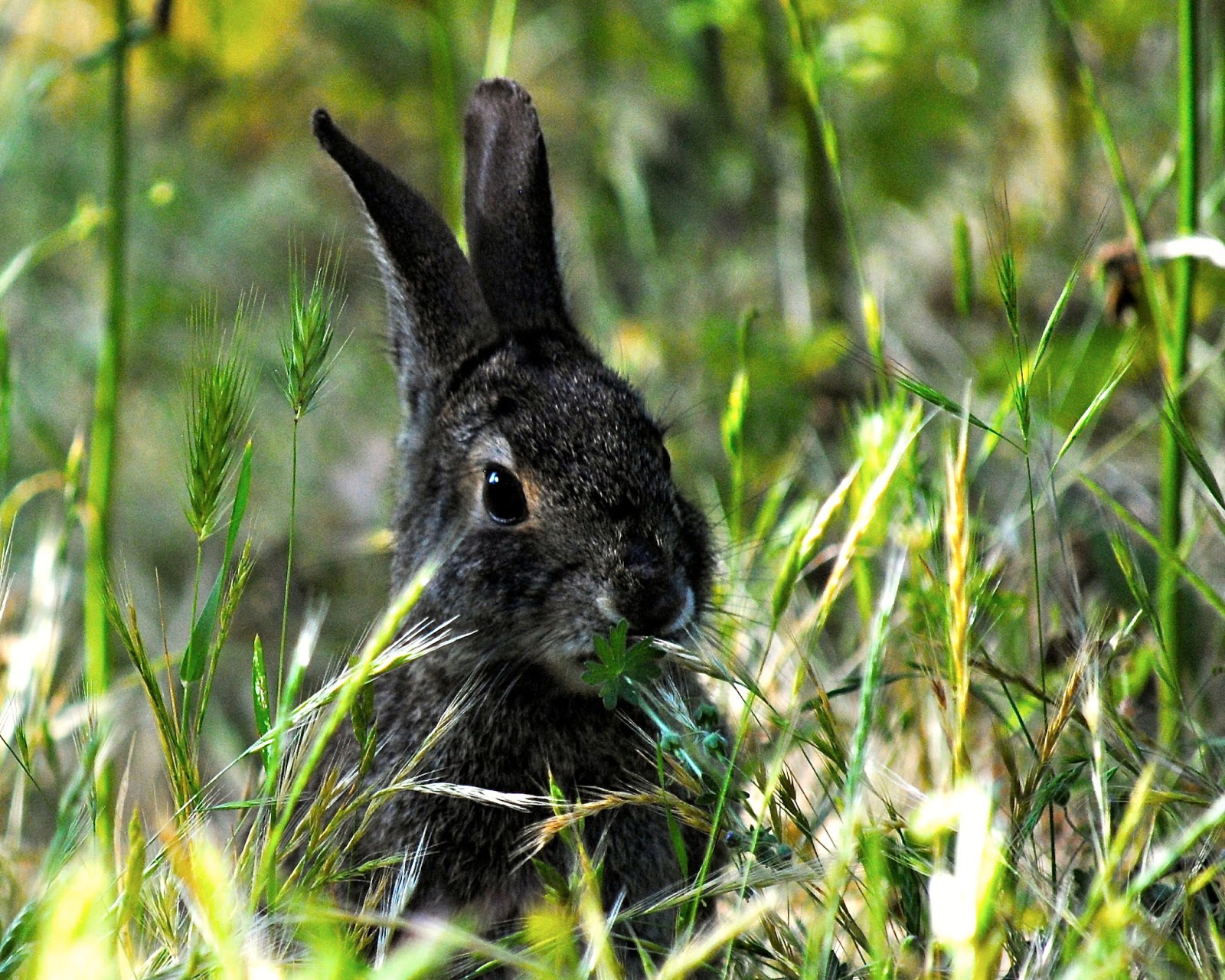 Great story. I think I remember the inspiration for it!

Thanks Anonymous! Yes, I found out first hand how viscous "sweet" little rabbits can be! :-)