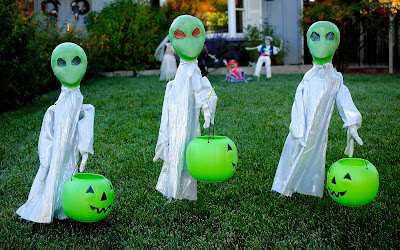 No story this time, just sharing an idea for homemade Halloween decor.

My lawn has always showcased homemade witches and clothed skeletons for Halloween, but last year I added something different - aliens!  Here's the 'how to.'

I bought styrofoam heads from a party store called, Diddams.  They used them to display wigs. 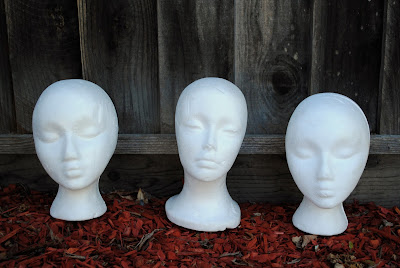 I bought some craft tools and from each head, carved out larger eyes, removed the nose and lips and flattened some of the protruding chin. 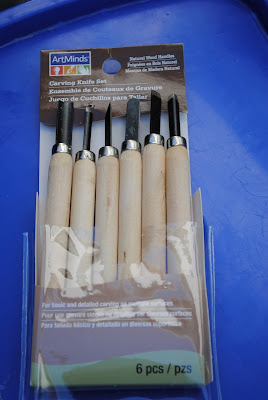 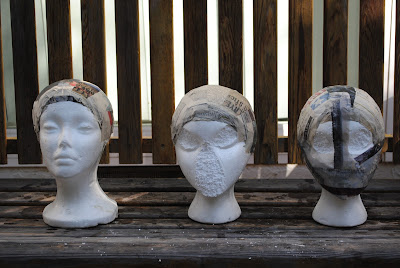 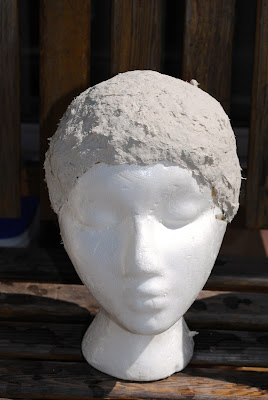 Then I brushed on a layer of protective coating made just for styrofoam (sorry, forgot the product's name).  This would make it easier for paint to adhere to the styrofoam.

I painted black eyes and spray painted several layers of green over all.  I even added glow-in-the-dark paint for the final layer; which I discovered was really cool in a dark room, but didn't work outside with all the ambient light.

I made a t-frame out of PVC pipe, bought some alien looking silver fabric, and sewed a simple (and sloppy) long sleeve t-shirt outfit for each alien (since you are creating an illusion, your sewing does not have to be great - thank goodness!).

Then I sank the pipe into the lawn, dressed the frame, attached stuffed latex gloves for the hands (attached with rubberbands and safety pins), and finally added the heads.  Luckily the styrofoam heads came with a hole in the bottom that made them fit perfectly on the PVC pipe. 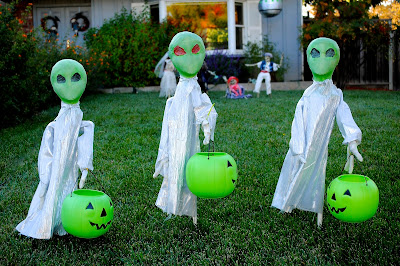 Target was selling green Jack-O-Lanterns!  How lucky can you get!

My aliens needed a space ship.  I bought a large Chinese paper lantern and painted it.  Then I got a strobe light and hung it inside the lantern so it would flash at night. That's it.  The trick or treating aliens were a huge hit. 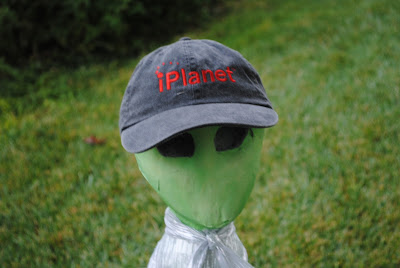 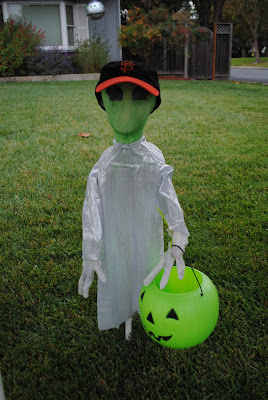 But Halloween night was cool and dry, so the hats and umbrella came off.

Hope you enjoyed the tutorial and may your Halloween be out of this world!