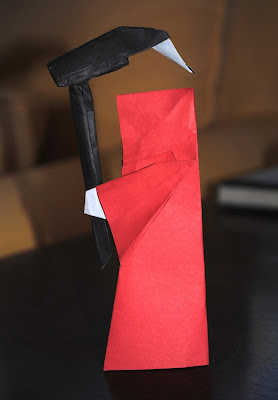 Well, I was going to continue writing along those (dramatic) lines, but after doing a bit of research on the epidemics that have ravaged entire populations over the millennium, I got so freaked out that I couldn't continue!
Why is disease on my mind?  Because in late June I was struck by the Norovirus - a gastrointestinal illness - that could have killed me.  Luckily my family and I were in the United States (The Grand Tetons of Wyoming to be exact) and not in a 3rd world country where treatment can be too slow or non-existent.
My husband and I were unaware that there had been a break out of the Norovirus in Yellowstone; where we'd stayed before arriving in the Grand Tetons,  so when I started throwing up after breakfast,  I thought it must be food poisoning.  Wanting to sleep and be sick in peace, I asked my husband to go ahead with plans to take the kids kayaking, leaving me alone in our little cabin.  But while they were gone, things quickly deteriorated. I made so many trips to the bathroom that I could barely walk.  In fact, I crawled back on the last trip.  Sparing you all the nasty details, I lost so many bodily fluids that I quickly became majorly dehydrated and extremely cold.
I realized I needed help and fast.  With my cell phone pocketed away somewhere, my only choice was to reach for the bedside phone.  I pulled it toward me and the cord fell out.  Great.  Sliding out of bed, I looked for the cord.  It must have fallen into the morass of wires behind the bed stand.  I couldn't find it and I felt like I was about to collapse.  So back into bed I crawled.
By now my teeth were chattering and my whole body was shaking uncontrollably.  My mouth was as dry as a wool blanket.  As I lay there, I thought about my choices: do nothing (out of the question); crawl to the front door and try to wave someone down; look for the phone cord again.  I got up - and thank god - found the cord.
A few minutes later a security guard arrived and drove me to the medical clinic that was luckily right there on the grounds of the Jackson Lake Lodge.  It was a very small clinic with only one doctor and one nurse on duty.  The doctor immediately peeled off my jacket, which I was fighting to keep on, gave me a shot to stop the vomiting, set up an oxygen flow, hooked me up to a warm IV and wrapped me in blankets.  While this was going on, the nurse asked me to tell her my name, the date, if I knew where I was, etc.  I knew all the answers (yay!) but had a hard time answering because I was so frigging freezing and exhausted and - do you know how hard it is to speak when you have zero moisture in your mouth?
The doctor tried to take my temperature, "Hmmm, having trouble getting a reading," then on the second attempt said, "A little chilly."  Later, when I was more coherent, I asked him what my temperature had been.  92.6 F  No kidding.  He said I was as cold as an avalanche victim who's been trapped in the snow for half an hour.  "I told you I was cold!" I said.
During this time my cell phone (in my jacket pocket) rang.  I knew it must be my husband, calling to check on me.  The nurse got my phone and called him back.  This is what my husband said he heard: "Hello, this is the nurse from the Jackson Lodge Medical Clinic.  We've got your wife's GI tract stabilized now and she's doing much better."
"What?  Where is she and what's a GI tract?"
An hour later my poor husband came in and saw me - wrapped head to toe in blankets,  hooked up to O2 and an IV and barely able to open my eyes. "Hi Honey - surprise." After a bit he brought the kids in, - poor kids, having to see their mom like that!  By the way, my children and husband did not catch the virus.  They stayed healthy - thank God.
Anyway, a few hours later I was stabilized and able to go back to the cabin.  The next morning I felt great, by afternoon I was exhausted.  And that's pretty much how it's been ever since.  This Norovirus has wrung the energy out of me.  It turns out I have a weak immune system (mild lymphocytopenia) and it takes "people like me" a heck of a long time to get over the lasting fatigue of the Norovirus.  Some days I feel almost normal, with energy to do lots of things, other days I am back on the couch, too tired to even read.  It all depends on whether or not I've "done too much."  A lot of the time I feel like a vampire has drained half my blood, hence the thoughts of Nosferatu.
But it could be worse.  I'm sure I'll get over this in time as I have other things in life.  For now, I must try and think of it as another damn lesson in patience.