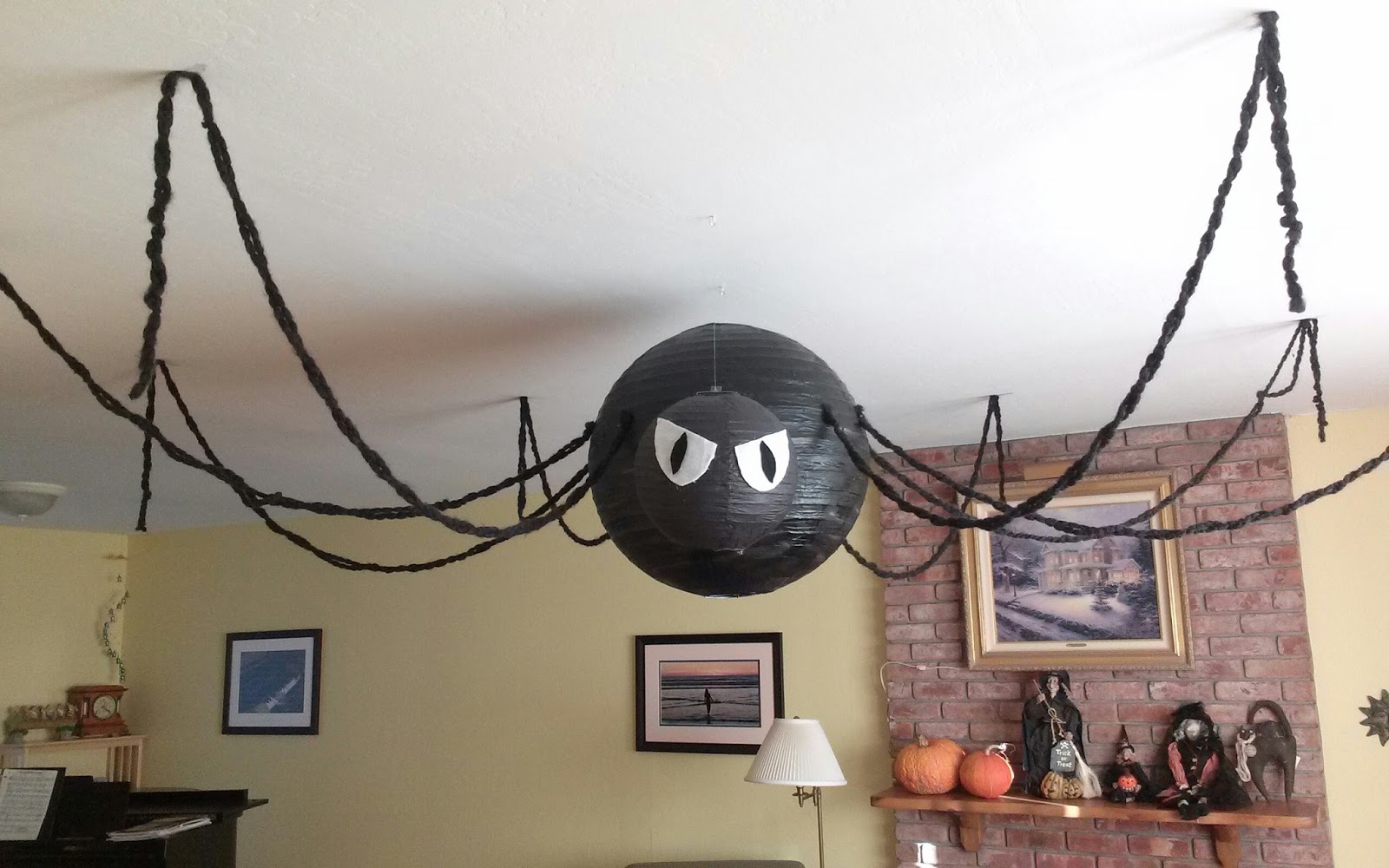 My kids made this from a project they found online. The spider is made from an extra large Chinese lantern - we bought a white one and spray painted it black - and a medium size Black Chinese lantern. They also made a couple of changes - my daughter changed the eyes to scary ones and we couldn't find the Fun Fringe for the legs. So instead we used two strands of the thickest crochet yarn we could find and twisted them together.
Here's the link to the original project: 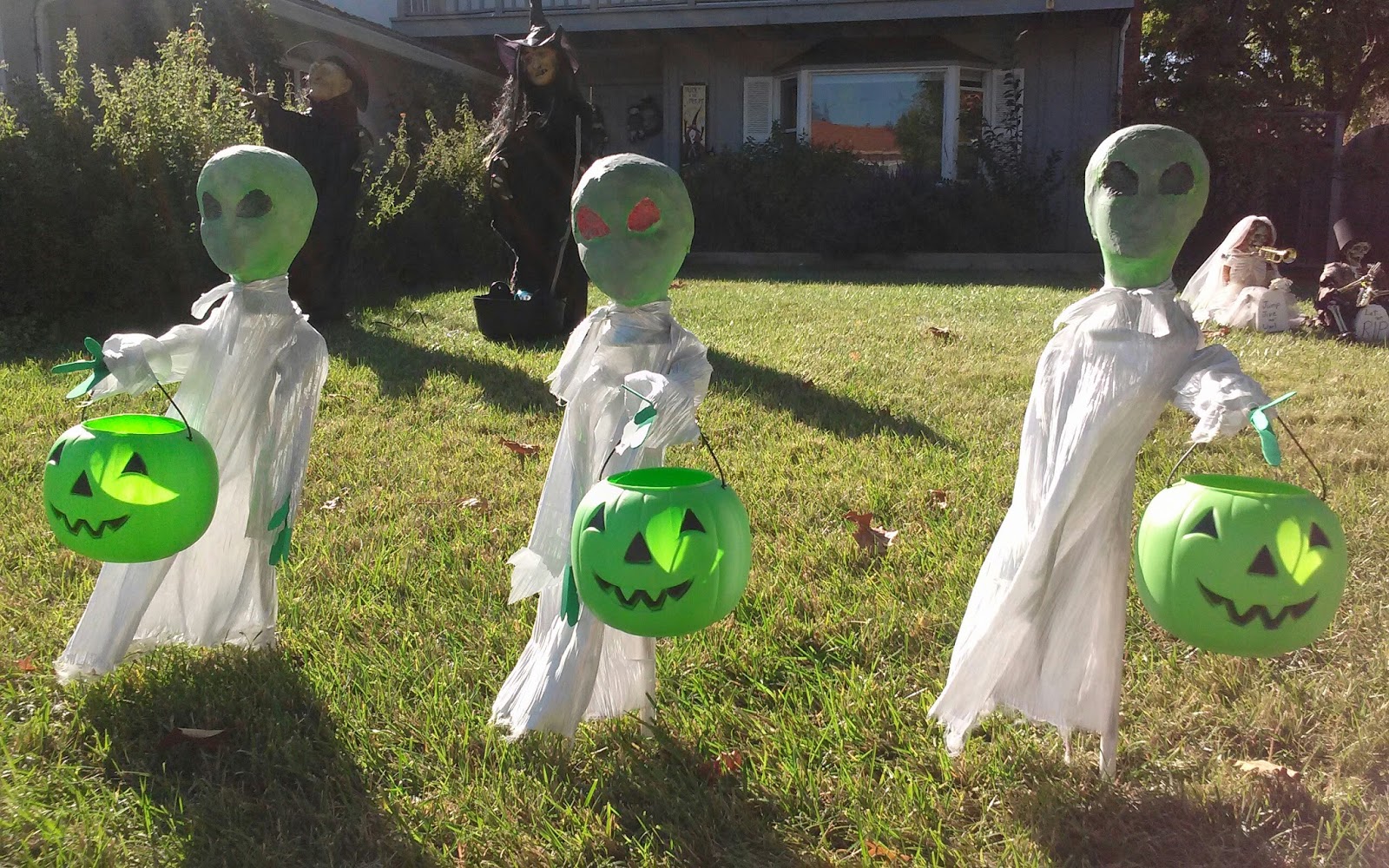 I already have a blog about these aliens. They take more time to make so it would be a good project for next year. 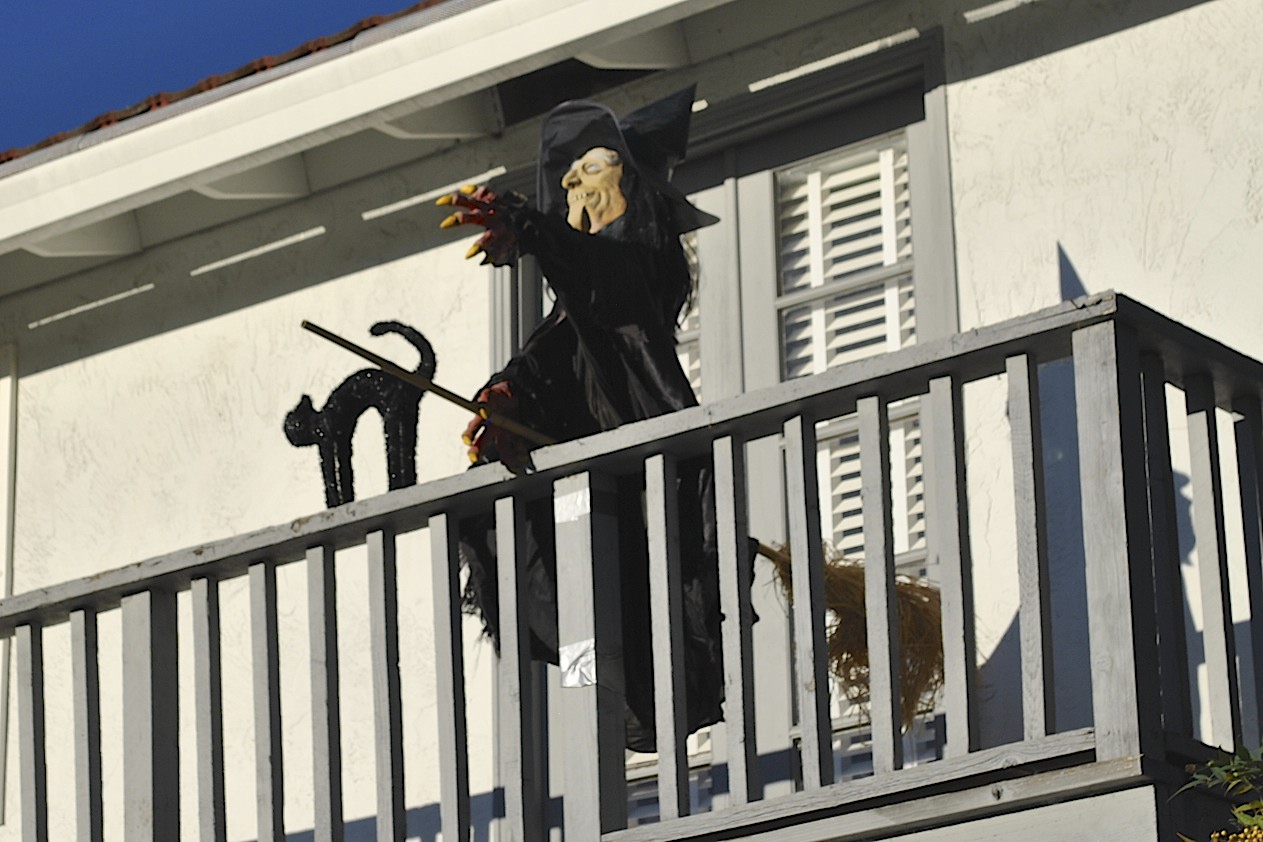 The structure of the witches is made from PVC pipe, think of a scarecrow with joints. I bought black frocks from the Goodwill store and made simple capes from a Simplicity pattern. The masks, gloves, hats and wigs were bought from Walgreens. I had to pin the wigs to the masks and the hats to both. The heads are made from plastic gallon milk jugs. I placed each one on top of a protruding PVC pipe and squished them in strategic places. 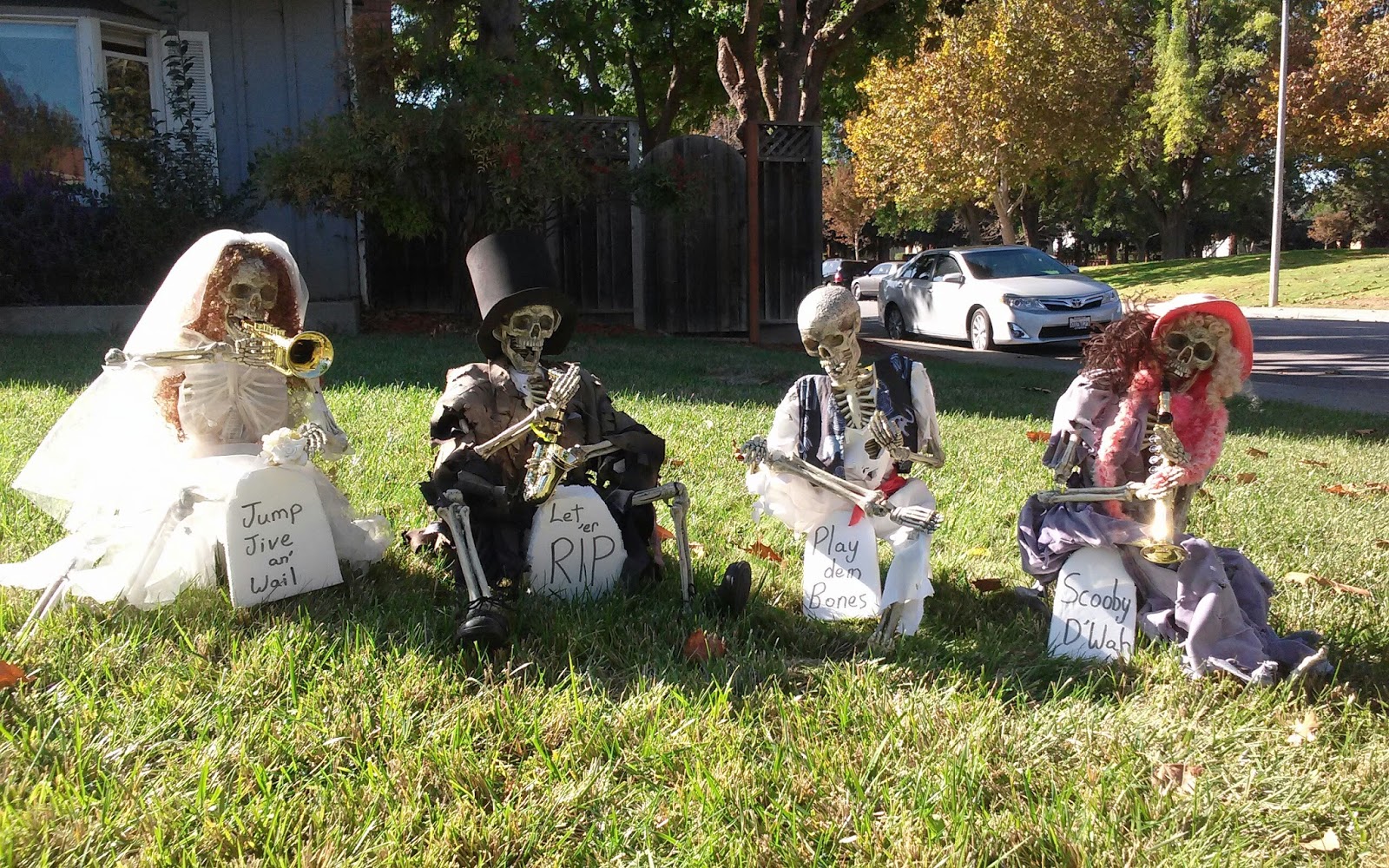 I bought the skeletons from the Oriental trading Company several years ago. They have held up well in the wind and rain, although they can no longer stand. I always help secure them by wiring them to a support stake that you would use for a plant.

I found baby clothes in a second hand shop and ripped them strategically; I sewed the bridal dress out of simple material and the veil as well. You are going for the illusion - the costumes don't have to be perfect. The top hat I stapled together from black foam, and the vaudeville hat and boa was purchased from Michael's.

This year I added musical instruments bought from Diddams. They sell them as party favors for a rock'n roll birthday. Then I took some discarded Styrofoam, cut them into mini tombstones and added jazz epitaphs. I always play New Orleans Jazz on Halloween. Our monsters love to party!
Posted by Karen Gough at 11:40 AM